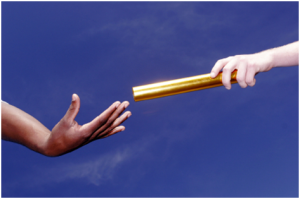 I constantly hear comments about whether one’s succession plan is in place or not. The organisations who claim they have a plan too often do nothing more than allow the nominees to stand in whilst the incumbent is away on leave, study, or deployment.

They then wonder why succession plans often deliver sub-standard results and the new incumbent has to be either rapidly developed or moved aside.

What would happen if, on a regular basis, the nominees all step up in the succession chain, whilst the incumbent is present and has stepped aside to be the coach to the nominee chain?

It doesn’t impact on the flow of daily work as much as when the incumbent is absent. The incumbent is still there to assure maximum learning whilst maintaining performance.

Of course it requires the incumbent to be a competent coach – which in itself is a primary leadership skill in today’s corporate world.

I assert that succession planning isn’t enough and there must be regular succession practice.

What do you think?